Let's have a look at our current methods of cane toad "control". At the moment, the most popular way to reduce toad numbers is just to go out and pick the adult animals up. But does it work?

The fundamental principle is this: to reduce the numbers of cane toads in an area, you have to be able to remove animals faster than they can replace the numbers you are removing.

There are three major features of cane toad biology that make this really difficult to achieve.

1. A single female toad can produce around 30,000 eggs in a single clutch (click on the tab " TOAD BIOLOGY" on the left side of this page for more information) - so the few toads that you miss can rapidly replace all the ones you removed.

2. Toads are each other's worst enemies (they eat each other, compete with each other and so on), so the more toads you remove the better things are for the ones you leave behind (see BABY TOADS page).

3. Toads at the invasion front don't actually live in any particular area - they just keep moving through, spending their whole life as nomads heading towards the far horizon (for more detailed information about cane toads and evolution click on the Evolution tab on the left hand side of this page).

So even if you removed all the toads from your yard one night, by the next night you're likely to have a new bunch of toads there to replace the ones you got rid of yesterday. This isn't such a problem in the dry-season or in older populations of toads, but the wet-season invasion front is just a moving walkway of migrating animals.

How effective is physical removal of toads?

Unfortunately, this all adds up to real problems in toad control - especially at the invasion front, which is where a lot of effort has gone into the attempt to control toads. Physical removal by hand-collecting, or attempting to keep toads out of areas by building fences, requires a huge amount of work. Some of the community groups have done a fantastic job of mobilizing that effort, but it's difficult to see how it can be sustained in the long term. Traps for adult toads usually don't work very well, and risk catching and killing native animals like bandicoots and lizards. The nature of the climate and the landscape in northern Australia make things tough also - wet-season flooding not only makes many areas inaccessible, but creates absolutely enormous numbers of shallow pools well-suited to toad breeding. Dry-season fires threaten any permanent structures like fences. 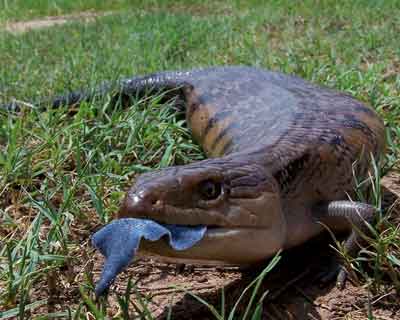 Although direct removal of toads is not a major solution, it does have a role to play - especially in the dry-season and especially in areas a few years after toads have arrived (rather than right at the front). There may also be especially high-priority areas where it's feasible to expend a lot of effort to keep toad numbers down like this. And in places like small islands with only one or two freshwater ponds, or in the extremely dry areas at the fringe of the toads' invasion, it might be possible to keep the toads away from water by suitable fencing.

There is one circumstance where collecting and removing adult toads can make a big difference though - and that is if you have a way to stop toads from breeding. We think that we can now do this, with our pheromone-baited traps and suppression chemicals (see our "tadpole control" webpage). That's a game-changer, because it means that every toad you remove means that there is now one less toad out there - with no way for the remaining animals to replace him (or her). So if community "toad-busting" efforts are integrated with community tadpole-trapping efforts, we might be able to achieve a big reduction in toad numbers.

Ideally, the answer to toad control on a landscape scale will involve methods that don't require constant input of effort. Fortunately, Team Bufo's research has identified some possibilities in this respect (see OUR NEW IDEAS).