Let's have a look at current methods of controlling cane toads - and in particular, at reducing the toad population by culling adult toads. At the moment, the most popular way to reduce toad numbers is just to go out and pick the adult animals up, then kill them. But does it work? 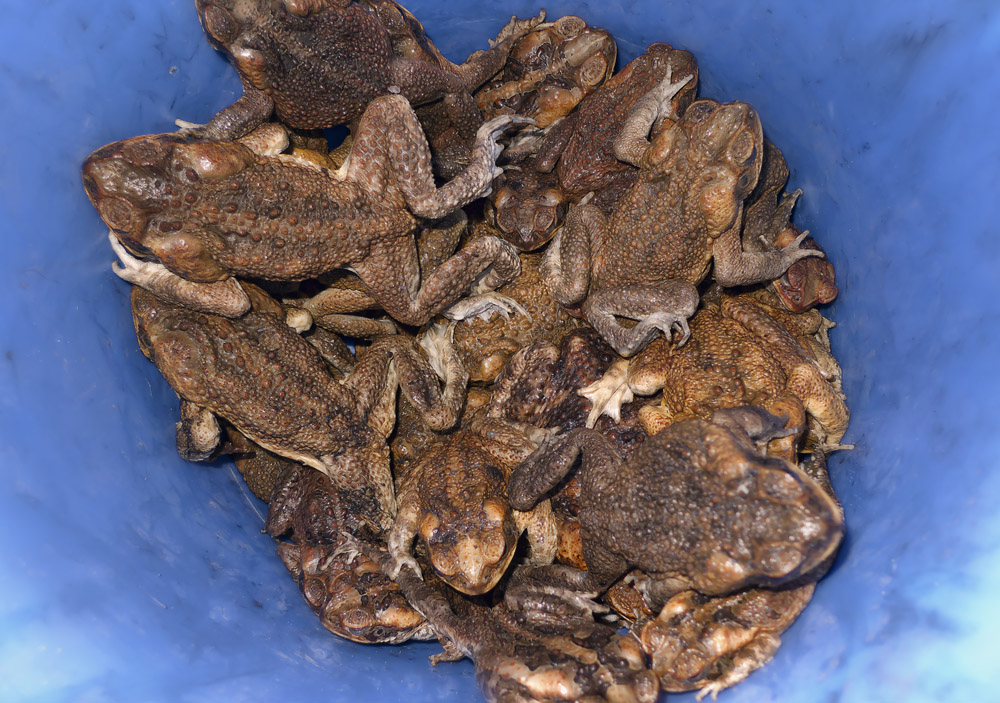 A typical night's catch for a toadbuster. Photo by Kris Bell.

The fundamental principle is this: to reduce the numbers of cane toads in an area, you have to be able to remove animals faster than they can replace the numbers you are removing.

1. A single female toad can produce around 30,000 eggs in a single clutch (click on BIOLOGY OF TOADS for more information) - so the few toads that you miss can rapidly replace all the ones you removed.

2. Toads are each other's worst enemies (they eat each other, compete with each other and so on), so the more toads you remove the better things are for the ones you leave behind (see BABY CANE TOADS page).

3. In the tropics, cane toads at the invasion front don't live in any particular area - they just keep moving through, spending their whole life as nomads heading towards the far horizon (for more detailed information about cane toads and evolution see the EVOLUTION page).

So even if you removed all the toads from your yard, by the next night you're likely to have a new bunch of toads there to replace the ones you got rid of yesterday. This isn't such a problem in the dry-season or in older populations of toads, or in cooler parts of Australia, but the wet-season invasion front in the tropics is just a moving walkway of migrating animals. 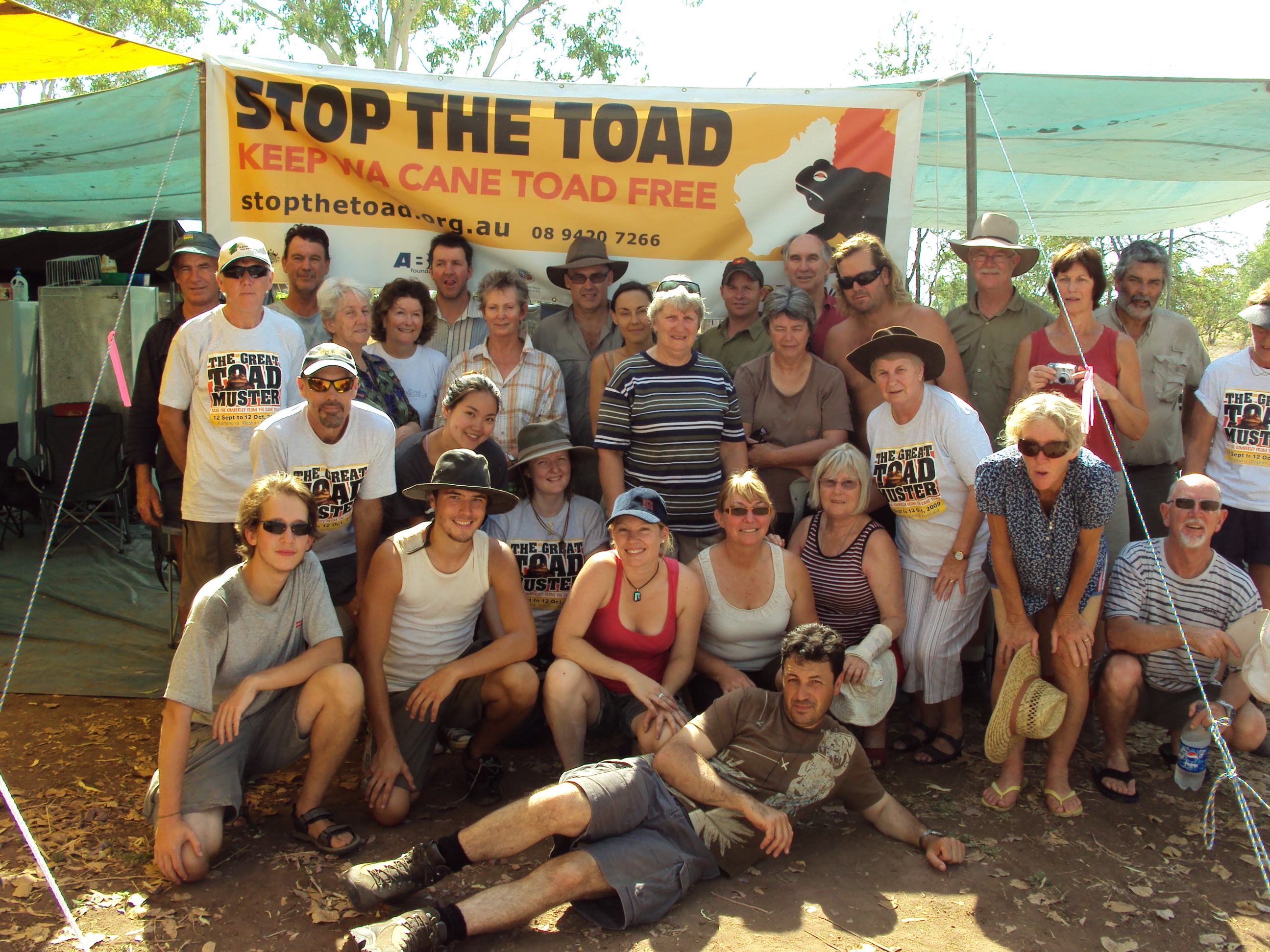 Community-based "toad-busting" groups try to control toad numbers by physically catching and removing the alien amphibians. It doesn't have much effect in tropical Australia, but it works quite well in cooler climates. Photo by Kim Hand.

How effective is physical removal of toads?

Unfortunately, this all adds up to real problems in toad control - especially at the invasion front, which is where a lot of effort has gone into the attempt to control toads. Physical removal by hand-collecting, or attempting to keep toads out of areas by building fences, requires a huge amount of work. Some of the community groups have done a fantastic job of mobilizing that effort, but it's difficult to sustain in the long term. The nature of the climate and the landscape in northern Australia make things tough also - wet-season flooding not only makes many areas inaccessible, but creates absolutely enormous numbers of shallow pools well-suited to toad breeding. Dry-season fires threaten any permanent structures like fences.

Many people have tried to make toad-catching more efficient by designing  traps.

Most of these traps rely on lights to attract insects, that in turn attract toads. "Frogwatch" in the Northern Territory has suggested that UV lights might be especially effective, although they didn't do any detailed scientific study on that issue. Professor Ross Alford and Lin Schwarzkopf (James Cook University) found that playing tapes of cane toad calls was effective in increasing capture rates, though again the overall rates were fairly low. Ross and Lin also have worked out what kinds of lights work best.

Our analysis of data from government toad-control programs in Western Australia showed that these traps for adult toads don't work very well, and sometimes catch and kill native animals like bandicoots and lizards. The same was true in the Northern Territory, in our experience. However, trials in Queensland have been more encouraging. 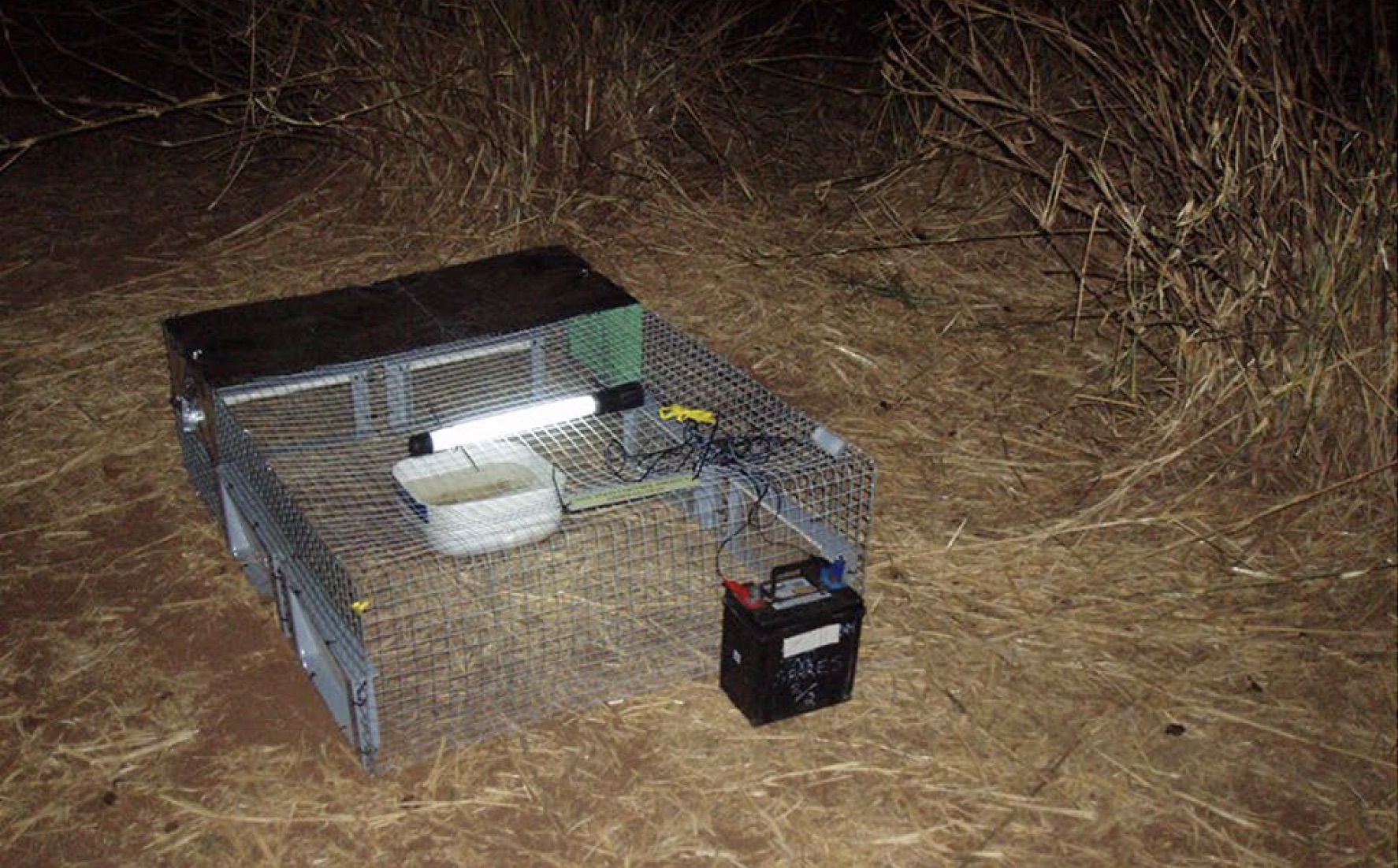 A cane toad trap in operation in Western Australia. The battery in the foreground powers a light to attract insects, that in turn attract hungry toads. The toads enter through the one-way doors (flaps of clear plastic on the sides). Once they get it, it's difficult for toads to escape. 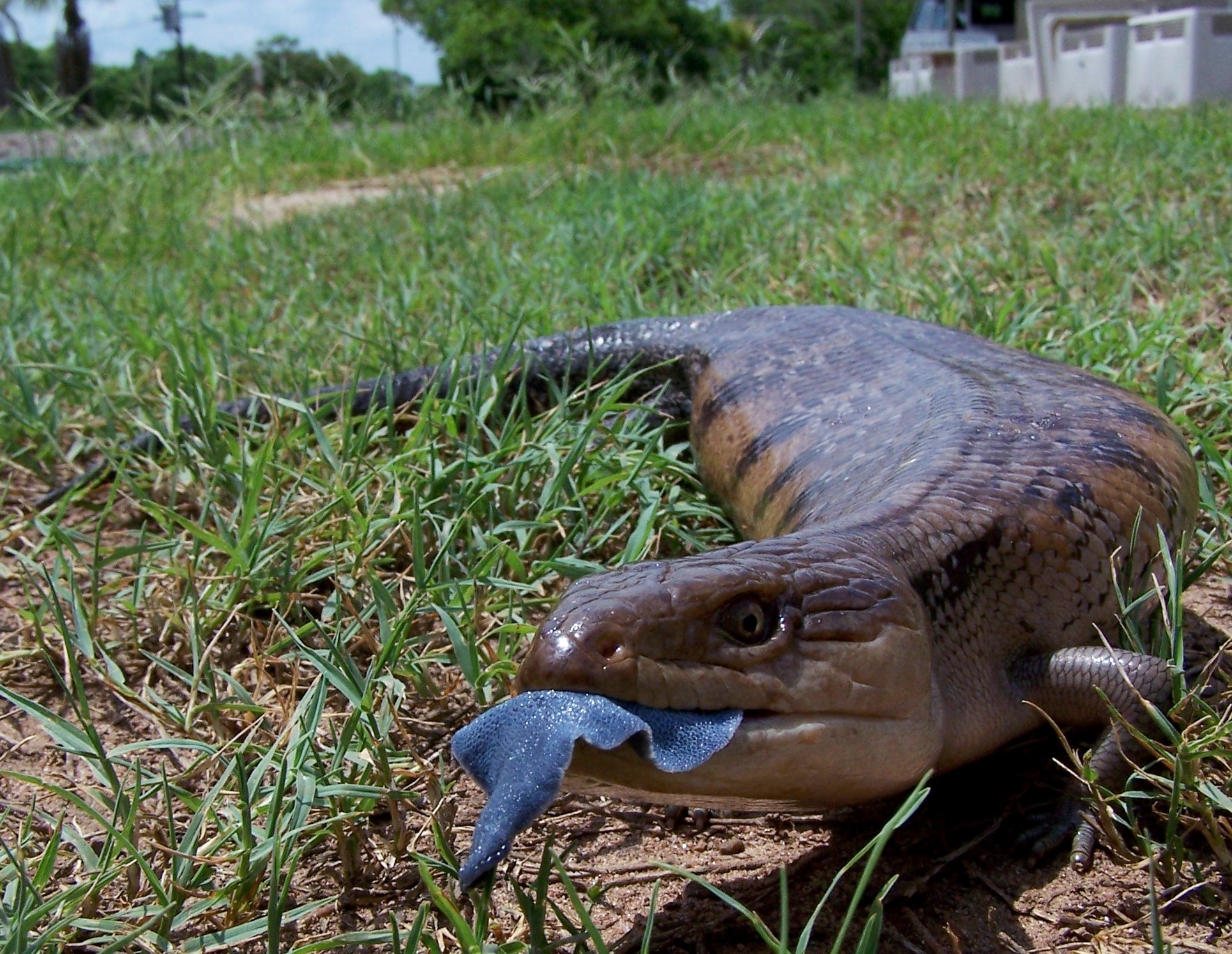 Although direct removal of toads is not a magic solution, it does have a role to play - especially in the dry-season and especially in New South Wales (at the southern front). And in places like small islands with only one or two freshwater ponds, or in the extremely dry areas at the fringe of the toads' invasion, it might be possible to keep the toads away from water by suitable fencing. Even within the toads’ main distribution in tropical Australia, there may also be especially high-priority areas where it's worth expending a lot of effort to keep toad numbers down.

TEAM BUFO has measured the impacts of “toad-busting” on the abundance of cane toads, both in the tropics and in cooler areas. Based on a very large dataset from government-employed toad-catchers in the Kimberley, we concluded that hand-collecting is much more effective than trapping in terms of the numbers of animals collected – but that neither method has had any effect on the rate that toads have spread through the region. Our analysis of a huge community toad-bust on the shores of Lake Argyle confirmed that toad numbers were considerably reduced for a few months, but there was no longterm effect. But how about in cooler regions, where we might expect toad-busting to be more effective? Sure enough, Matt Greenlees found that toad-busters in New South Wales were able to catch a high proportion of all the adult toads in just a few nights’ work – so hand-collection may be a useful way to slow down the penetration of toads into more southern regions.

The benefits of removing adult toads are vastly greater if you can also stop them from breeding. We can now do this, with our pheromone-baited traps (see our "tadpole control" page). That's a game-changer, because it means that every toad you remove means that there is now one less toad out there - with no way for the remaining animals to replace him (or her). So if community "toad-busting" efforts are integrated with community tadpole-trapping efforts, we might be able to achieve a big reduction in toad numbers.