Michael is undoubtedly THE expert on cane toad tadpoles and especially, their effects on native tadpoles and other kinds of animals that encounter them. Michael’s Ph D from James Cook University several years ago was on exactly that topic, and he joined Team Bufo to expand his earlier work.

Cane toads produce many more eggs in a clutch than do any of the native frogs, and so a single clutch can result in many thousands of small black tadpoles in a pond. How do these affect native animals, especially the tadpoles of native frogs? There are two likely ways this could happen: either by poisoning the other animals (if they try to eat toad eggs or tadpoles); or by competing with them for food. 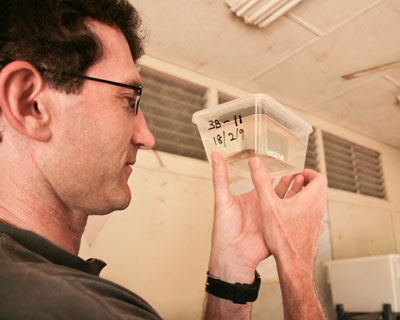 Dr Michael Crossland eye-to-eye with one of his beloved tadpoles (photo by Terri Shine).

First, the poisoning risk. We worked with Mattias Hagman (an earlier student and postdoc with Team Bufo), and with Dr. Andrew Hayes and Prof. Rob Capon at the University of Queensland, to measure the amount of poison in eggs, tadpoles and small toads. It turned out that the amount and diversity of poisons were high in eggs, then decreased through tadpole life, then started to increase again after metamorphosis (when the tadpole turned into a small toad). So very small metamorphs don’t have much poison, but tadpoles (especially small ones) and eggs are really deadly. In laboratory trials, most native tadpoles will try to eat toad eggs, and die as a result. However, they rarely try to eat live toad tadpoles, so the big poisoning risk to native tadpoles is from toad eggs not toad tadpoles. 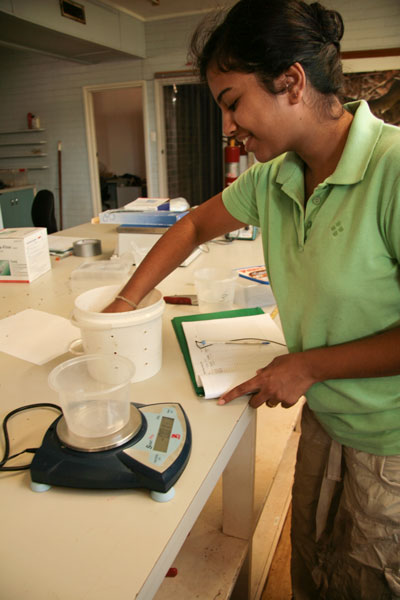 Nilu Somaweera weighing toads for use in laboratory trials (photo by Terri Shine).

Competition between toad tadpoles and native tadpoles also may be important, because they eat the same kinds of food. Also, growing tadpoles can produce chemicals that reduce growth rates of other tadpoles – and we know from work that Michael has done with Matt Greenlees that cane toad tadpoles can produce chemicals of this kind. Michael and Elisa Cabrera-Guzmán ran experiments to see exactly how the tadpoles of different kinds of frogs react to cane toad tadpole chemicals, and how the toad tadpoles react to the chemicals produced by frog tadpoles. Basically, they just ignore each other. Elisa is also looking at giant water-bugs as another tadpole predator. It seems as though there is some complicated biological warfare going on in the ponds! 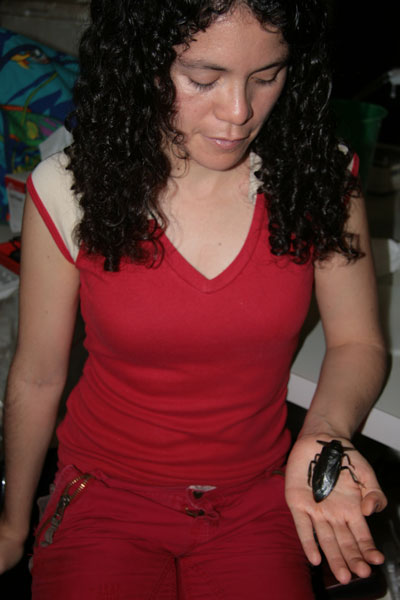 One of Michael’s most interesting results is that cane toad tadpoles can detect toad eggs, and will enthusiastically rush over to eat them. We have now identified the exact chemicals involved in that process, and used them as bait to attract cane toad tadpoles (but not frog tadpoles) into traps, for toad control. We are also looking at another tadpole chemical that suppresses the development of younger tadpoles