An Aussie predator that can help to control toads

One of the most exciting results from Team Bufo’s work comes from Honours student Georgia Ward-Fear. Her work showed that cane toads are especially vulnerable to one of the common native predators that occurs at Fogg Dam (and indeed, is common over most of Australia); that these predators already kill thousands of small toads every year; and that there are simple ways to make these predators even more effective as toad-control officers. 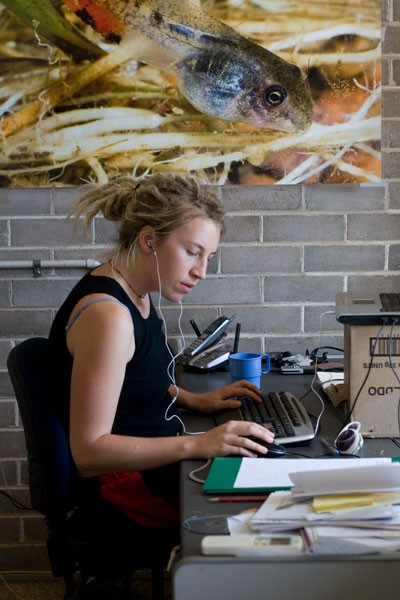 Georgia Ward-Fear won a University of Sydney medal for her Honours research (photo by Terri Shine).

Although many native predators can eat toads without dying, most of those species – including birds, rodents, snakes, etc. – really don’t seem to enjoy having toads for lunch, so basically eat very few of them. But there’s an exception - the big “meat ants” – that are so common around the edges of waterbodies in tropical Australia. Georgia has been studying these ants at Fogg Dam, to see if we can use them to control toads. And her results are really encouraging. 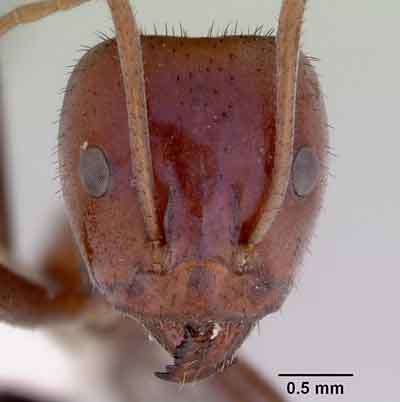 Unlike young native frogs (which avoid ants), baby toads spend most of their time active by day in exactly the same places that the ants forage; and don’t hop away when an ant approaches. The reason for this foolish behaviour seems to be that because cane toads evolved in South America, they don’t have any history of encountering big predatory ants; and so haven’t evolved ways to deal with them. 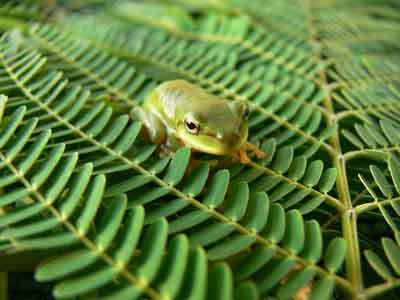 Young native frogs, like this baby green tree frog, spend the day in places where they won’t encounter meat-ants; and if they do see an ant, they hop away. Toads are very different – they like the same places meats do, and don’t avoid them – so are often eaten.

Georgia spent many hours out in the hot sun-exposed edges of waterbodies, watching how ants and toads interact. She found that ants are very effective at capturing and killing the small toads as they emerge from the water. Even baby toads that “escape” from the ants often die within the next few hours, because they have been fatally wounded by the ants. In some of her trials, ants attacked and killed more than 90% of the toads near the water’s edge within a short period of time. 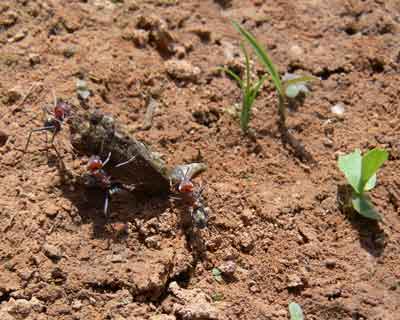 We hope to use meat ants as part of our new strategy to control toad numbers. We can build up numbers of meat ants beside waterbodies at the critical times when small toads are emerging – either by laying out baits to attract the ants to the right spots, or by planting trees that the ants like to build their nests beside.

Clearly, we wouldn’t want to increase ant numbers if that caused problems for other native species – but so far this seems to be OK. There are very few other animals running around during the day at the open edges of these waterbodies – just ants and cane toads – and when we increased ant numbers by baiting, this didn’t increase the numbers of native species killed by ants. So it looks like using the ants may be a low-risk, environmentally friendly solution that has a role to play in cane toad control. 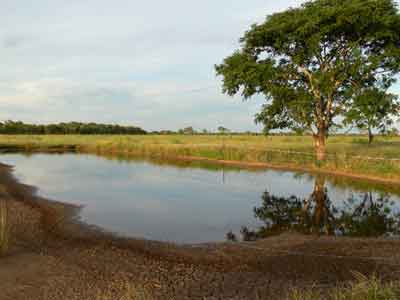 One of the billabongs where Georgia studied meat ants (photo by Georgia Ward-Fear).

A native Aussie predator, the meat-ant, may be an important ally in our attempts to reduce the numbers of cane toads.

The same seems to be true of some of our aquatic native insects also. Elisa Cabrera-Gusman (a graduate student with TEAM BUFO) found that water beetles and water bugs love to eat cane toad tadpoles, and are not affected by the toads' poison. Some of these native insects actually prefer cane toad tadpoles to the tadpoles of native frogs. One of the reasons why toad numbers seem to decline a few years after toads first arrive in a place, may be an increase in the numbers of hungry water-beetles in search of a tasty snack!