As befits a research group who are interested in the process of evolution, the activities of Team Bufo are themselves evolving. Over the last several years many students have come and gone, and many projects have been formulated, conducted and completed. Inevitably, the results of one project often suggest new lines of investigation, and sometimes reveal major new opportunities. 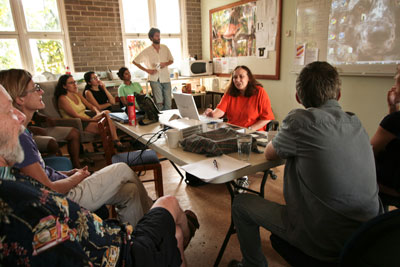 Talking to experts can be a great way to refine ideas and methods. Here, Prof Mary Mendonca from Auburn University, Alabama, is giving Team Bufo a talk about recent progress in research on amphibian immune systems
(photo by Terri Shine).

This makes for a lot of change, both in the work being done and the people who are doing the work. Honours students are only around for a year, and Ph D students for about three years, before they obtain their degrees and move on to other phases of their careers. But postdoctoral fellows (“postdocs”) tend to stay a bit longer – indeed, Greg Brown has been involved with Rick’s research program for more than fifteen years - and the postdocs are the people in charge of running the main research programs. So, we’ve organised this webpage around the scientific activities of current and recent postdocs, and including the work of their students within the main pages. Often, a particular student will work with several postdocs, and a particular postdoc will work with several students - so it’s all pretty arbitrary as to where some of the students have ended up on this page! 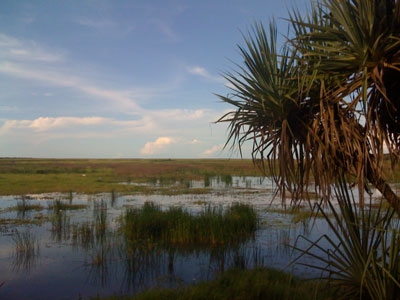 View over the Fogg Dam floodplain
(photo by Rick Shine).

Below are five postdoctoral fellows who are currently part of Team Bufo (or in some cases, have recently left - but we’re still working closely with them so we’ll keep them in the list!).

Dr Ben Phillips has very broad interests, including mathematical modelling as well as field biology. He has spent the last few years trying to understand how the process of invasion - like the cane toad’s invasion through Australia – affects both the invader itself, and the native species. Ben is no longer based at Sydney University, but we are still working very closely with him. 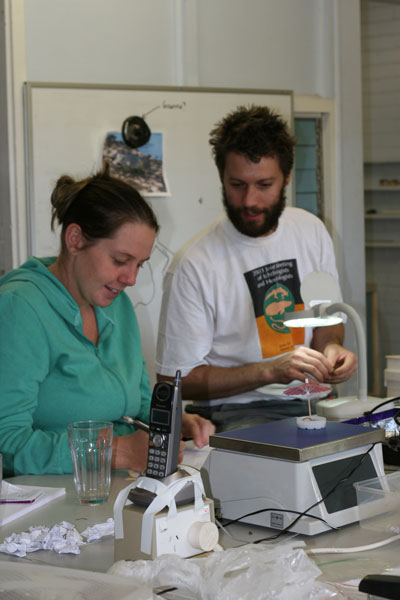 Ben Phillips and Michelle Franklin in the laboratory
(Photo by Terri Shine).

One of the major complications in understanding cane toads and their impact is the toad’s complicated life-history – including eggs and tadpoles in the water as well as larger toads hopping around on dry land. Dr Michael Crossland’s passion is the biology of those aquatic stages. While most of the rest of us look at toads on dry land, Michael conducts field and laboratory studies on toad tadpoles, and their interactions with native species. 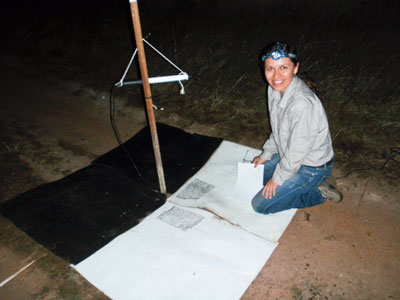 has been living near Fogg Dam for more than fifteen years, and for much of that time his main research was on snake ecology. But Greg is fascinated by the invasion of cane toads, and so has added these creatures to his list of study animals. He has now radio-tracked literally hundreds of cane toads, as well as conducting detailed laboratory-based investigations of topics such as the immune systems of toads. 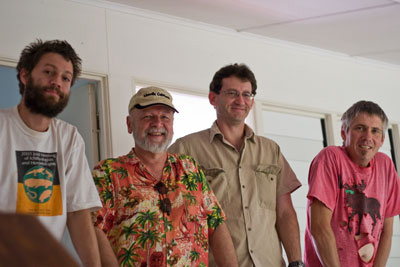 Another snake biologist who changed to include toads in her studies is Dr Ligia Pizzatto. Ligia’s special interest is the relationship between toads, native frogs, and the small lungworms that can infect both types of animals. Like most members of Team Bufo, she conducted her research both in the laboratory and in the field. Ligia now works at another institution, but we are still collaborating.

Unlike the other postdoctoral fellows we have listed on this page, Dr Jonathan Webb is based in Sydney not Fogg Dam. But Jonno spends much of his time up in the tropics, as part of his research on the interactions between cane toads and native mammals. Much of Jonno’s current work (when he’s not fishing!) involves experimental studies to test the feasibility of teaching native predators to leave toads alone rather than try to eat them. Jonno is now based at the University of Technology Sydney, just down the road from his old haunts at Sydney University. 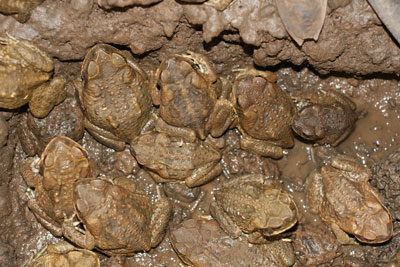